#BlogTour Journey in Time (Knights in Time, #2) By Chris Karlsen 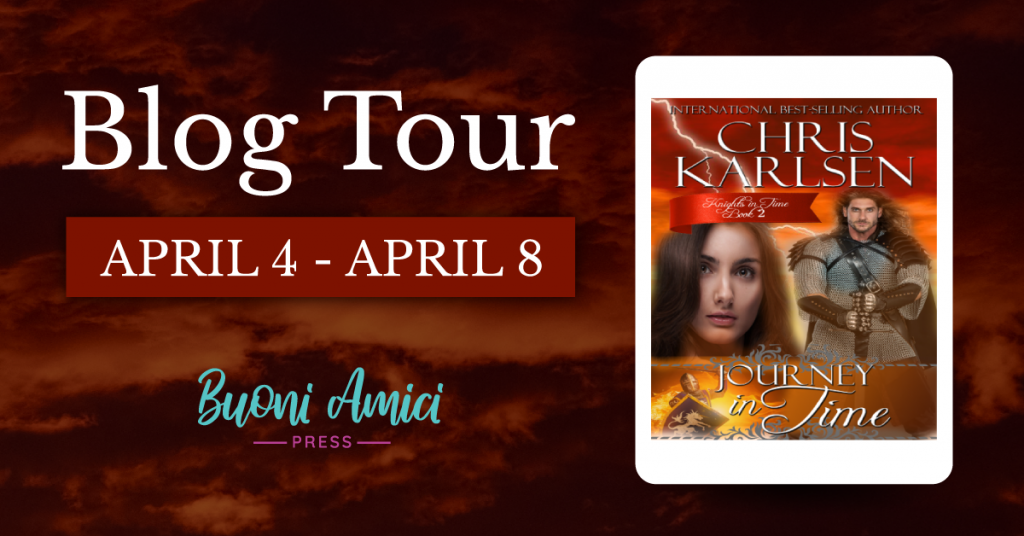 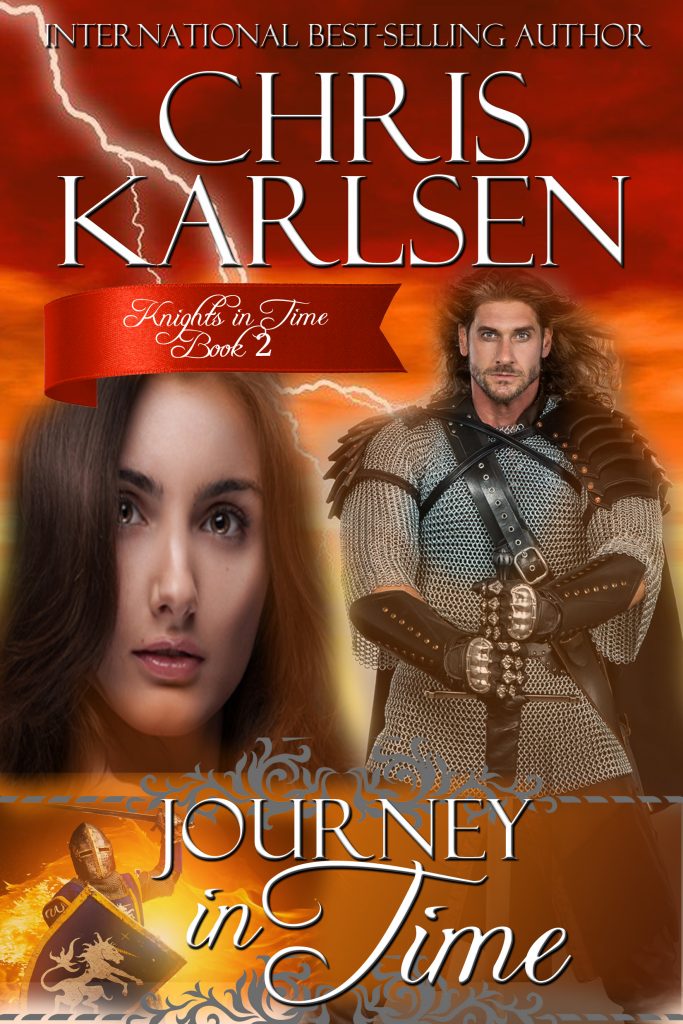 Journey in Time embodies the excitement, romance, and danger of Medieval England when the hero and heroine are suddenly thrust back in time. The period is brought to life for the reader: the sights, the smells, and the people. It was especially interesting to see real historical figures seen through the eyes of the heroine and the extraordinary truth of the hero revealed.

London attorney, Shakira Constantine finally agrees to spend the day with her handsome client, Alex Lancaster. While riding in the countryside, the couple finds themselves caught in a time warp and transported back to the 14th century-and an England preparing for war. Everyone believes Alex is the Baron Guy Guisard, a baron who died in the upcoming battle.

If they can’t find a way to return to the 21st Century, Alex will have to sail with the army to certain death. Shakira will be left alone to survive in the alien and terrifying medieval world. 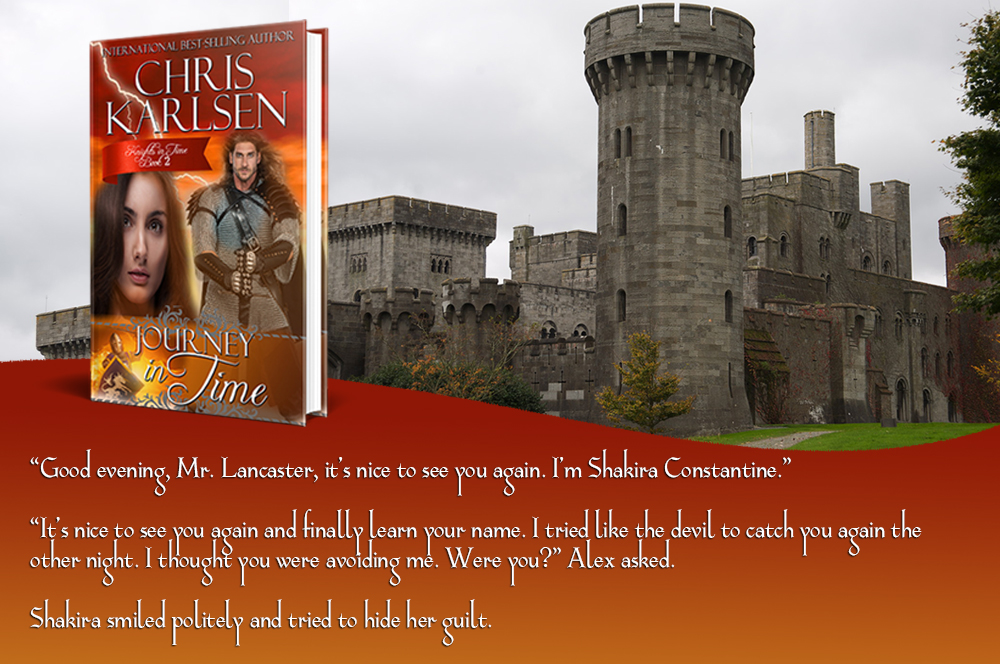 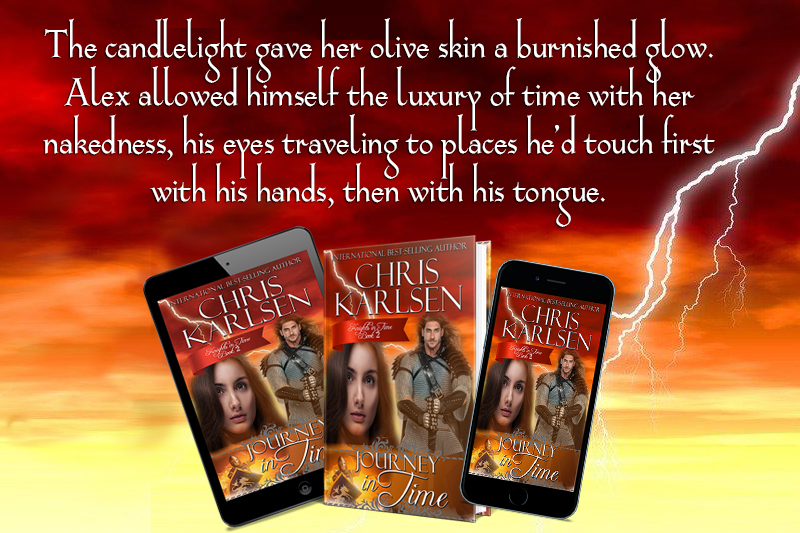 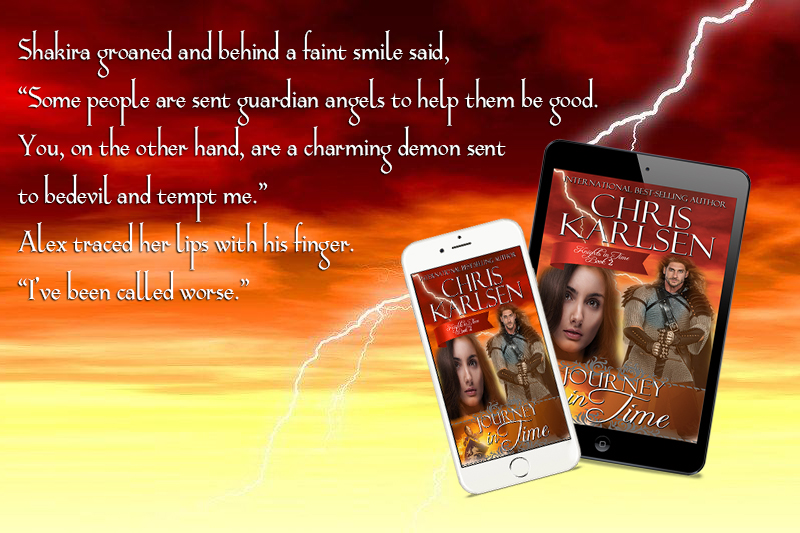 I was born and raised in Chicago. My father was a history professor and my mother was, and is, a voracious reader. I grew up with a love of history and books.
My parents also love traveling, a passion they passed onto me. I wanted to see the places I read about, see the land and monuments from the time periods that fascinated me. I’ve had the good fortune to travel extensively throughout Europe, the Near East, and North Africa.
I am a retired police detective. I spent twenty-five years in law enforcement with two different agencies. My desire to write came in my early teens. After I retired, I decided to pursue that dream.
I’m currently working on the Bloodstone Series, which is historical suspense with romantic elements. I’m also writing a world war two romance series.
My past series include my historical/time travel romance series is called, Knights in Time. My romantic thriller series is Dangerous Waters.
Each series has a different setting and some cross time periods, which I find fun to write.
I currently live in the Pacific Northwest with my husband and four wild and crazy rescue dogs.